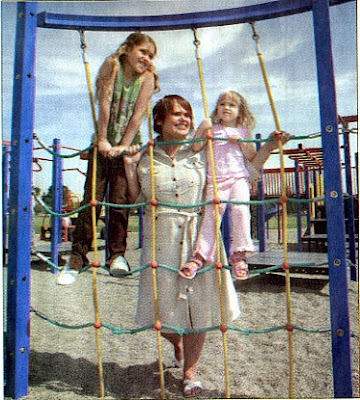 Mary was the feature interview on the cover of the Careers Section of the Lethbridge Herald today... The headline was "Are You a Workaholic"; story was by Dave Mabell. It's currently on-line full text at the Herald site, if you care to read it, and if it is still up when you read this post.

Mary was reasonably pleased with how it turned out, felt the reporter was professional and competent. One is always a little nervous how the press is going to report something one is involved in, but this came out more or less intact. (Mary felt the punchline was missing -- that the last line of the story quoting Tigana missed that 'this was a bad thing'. But close enough.)

"My book launch went smashingly well. I sold tons of books, and, most important of all, people came! My knees were shaking so much when I did my reading I could barely stand afterwards but apparently only those who know me really well knew I was nervous. The combination art gallery (venue), music (artist playing music about one of the themes of my book) and reading pleased people no end -- and so did the munchies and wine, I gather. Most people stayed an extra half hour and we had to kick some out because the gallery owner wanted to close.

(I apologize for being behind in posting this and other entries, but I've been on the road most of June -- more on that shortly, I hope.)
Posted by Robert Runté at Friday, June 29, 2007 No comments: