is the number of times I'm mentioned in Wikipedia. But no page devoted to me yet. Rosanne Runte, Alfred Runte and Fritz von Runte have their own pages; Dan Runte doesn't get his own page, but his truck (Big Foot) does; and Kurt Max Runte (the actor) gets eight mentions, just like me.
Posted by Robert Runté at Wednesday, April 20, 2011 No comments: 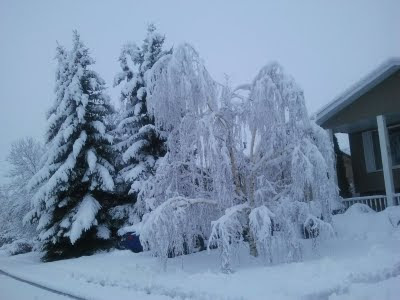 The morning of April 14th, in Lethbridge.

Monday saw the official announcement of Mary's appointment as Director of Social Responsibility and Not-for-Profit programs, for the Management Faculty at the UofL. She's been doing a lot of the ground work off the corner of her desk for the last couple of years to develop these two areas within the Faculty, so it is nice to see her not only being acknowledged for these efforts, but that the Faculty agrees that these are important foci for any Management Faculty these days, and is developing the structures necessary to support them.

It has been fascinating to watch how the management field has changed over the last decade. When Mary and I started attending the Administrative Sciences Association of Canada Conference ten years ago, there was no division within the ASAC for Social Responsibility; Mary had to found it. It became the fastest growing division, and is now (I believe) the largest division with the ASAC. (Mary was honoured with an ASAC Service Award for her efforts in founding and Chairing the division.) Similarly, ten years ago I could count on my fingers the number of Universities that had courses, let alone majors or minors, in CSR. Now, I'd estimate that the majority do -- including UofL.

Similarly, I remember the reaction way back when Mary started her MBA and went to York because she wanted to specialize in Ethics, and it was one of the few management programs with any ethics component -- her peers would ask her, "why would you want to study ethics? What has that got to do with business?" It was astounding to me how often she was asked that throughout her MBA and PhD programs -- and so a lot less astounding for me when various business scandals broke, e.g., Enron, or the more recent collapse of the American financial system and subsequent world recession. Well, gee, maybe corporate social responsibility deserves a little more prominence in faculties of management!

But we are seeing that change... CSR has become a more significant part of management training.

Now, if they would just get the message that the NonProfit sector is huge, growing, and in need of better, more broadly trained managers...I think we're beginning to see the realization that management training is about developing leadership rather than strictly staffing the for-profit sector. It will be interesting to see where that goes in the next ten years.

Of course, the one drawback with Mary's promotion is that she now outranks me! Fortunately, I'm in another faculty so I can pretend that I too am a leading faculty member in my own sphere-- though recently I've begun to suspect that when my colleagues refer to me as 'a senior faculty member' they are referring to my age rather than my influence....
Posted by Robert Runté at Wednesday, April 13, 2011 No comments:

Email ThisBlogThis!Share to TwitterShare to FacebookShare to Pinterest
Labels: Mary 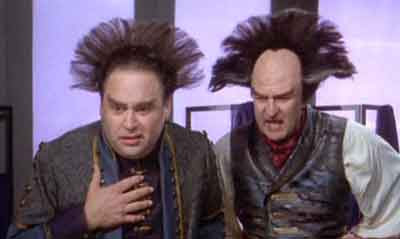 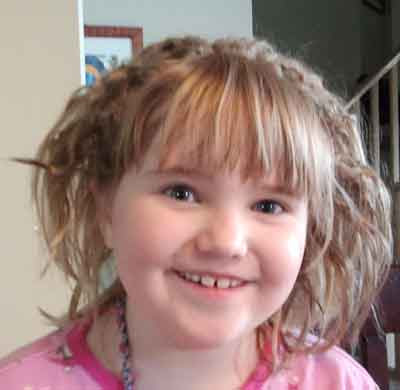 Okay, that probably doesn't really work since hair is pointing in the wrong direction, but Kasia was having a really bad hair day, so when I said the words, "Centauri ambassador" to Mary, she bent over laughing -- which left poor innocent Kasia hopelessly confused....
Posted by Robert Runté at Monday, April 11, 2011 No comments: