On Becoming a Scientist

So after her rant against Canadian history yesterday, Kasia (my almost-10 daughter) said that she wants to grow up to be a scientist. "Dad, for my 13th birthday, instead of a horse, I am thinking now that what I'd really like is if you could arrange for me to visit a scientist's lab where I could learn how to be a scientist. Could you do that?" Um, yeah, I could. And I'd like to officially note that today is the day she first decided to be a scientist, so that we have that down in writing for her biographer. 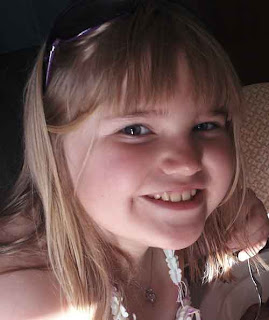 Posted by Robert Runté at Friday, September 06, 2013 No comments:

When I was one of the researchers on the Decore Report, an examination of the portrayal of First Nations in Alberta Social Studies Curriculum back in the late 1980s, we identified four problems: (1) discussion of the native people disappeared by turn of last century...there were the dinosaurs, then the natives then the explorers...and that's it for native content. As if no native contributed to WWII or hockey or whatever, so forget about 'em. When we complained to guys who wrote the textbooks on WWII or etc that there was no native content they just looked at us like we were crazy and asked, why would we have native content in book on WWII? (2) a lot of the content that was there was racist--e.g., Champlain's description of how Iroquois lived makes kids shiver with how primitive they were, but of course, Champlain's point was that these were admirable traits and ideas that the French should maybe adopt--but kids miss that Europeans were that primitive in Champlain's time too, because material not placed in context for them; (3) whenever there was First Nations content, it was THE SAME CONTENT over and over and over. At first I thought it was a deliberate attempt to bore kids into ignoring Native cultures, but quickly realized it was laziness. Authors looking for a picture of a teepee for their chapter would choose the first one they came across, rather than take their own or look around, and apparently they all used the same photo service. The result is that every mention of First Nation content is Jerry Potts-- and the same photo of him every time-- and the same one teepee. How could kids not be bored by the message that there are four Natives worth talking about and only 11 photos of Native content? And (4) what we came to call the 'dancing minority trick' which was that any time authors wanted to show First Nations or Ukrainian culture or whatever, they inevitably did so by showing said minority in traditional garb, dancing. And I understand that if you are looking for a picture of a Ukrainian or a Blackfoot, then a guy in a suit doesn't seem like much of a photo, even though that's what they actually look like. If you want someone who looks Ukrainian then doing the dance in traditional garb is the photo you use, but the message that kids get is consequently really distorted. Because First Native culture isn't just teepees and dances. But kids only ever get the superficial stuff about teepees and dancing around a campfire, not the deeper stuff about spirituality or different ways of looking at the world etc.

The situation has improved somewhat since then, but while the blatant racism is gone and the absence of First Nations content after 1900 is gone, I think we may still have the problem with the dancing minority trick and the repetition of the same limited material over and over again.

And now we have another variation of #1, which is the intrusion of native content...the need to get authors to stop ignoring First Nations after 1900 led to Departments of Education having to say, "include First Nations content or else!" to textbook writers, and that was a necessary and good thing, because authors writing about WWII discovered that there were First Nation's heroes in both WWI and WWII worth writing about, once they thought to look. So that worked out. But now that "First Nation's content?" is one of the items on textbook checklists, publishers are sticking it in whether it is relevant or not. So, I'm re-editing a series of biographies on Canadian PMs from another publisher, and in the middle of a discussion of this or that PM, there suddenly appear a couple of pages on native people of that era...and it's just kind of inserted at random. Not, "what was this PM's policies on First Nations?", but just sort of, "Meanwhile, back on the reserve..." What the hey? And of course, these fact pages are the exact same 'facts' as in every other book...creating mind-numbing repetition to turn kids off any possible interest in First Nations. Head:Desk. So nice try, but no cigar.

Posted by Robert Runté at Friday, September 06, 2013 No comments:

Email ThisBlogThis!Share to TwitterShare to FacebookShare to Pinterest
Labels: history

Kasia (my almost-10 yr old): "I finished my report for Canadian history."

Kasia: "How I feel about Canadian history. " Hands me an 8.5X11 sheet of paper covered on both sides with a continuous row of "Z"s.

But the thing is, Canadian history is actually really interesting. Fascinating piece on Albertan Two-gun Cohen this morning on CBC morning a case in point. After listening to his story, interviewer asked, "How come we never heard of this guy before? It's a fantastic story!" And the journalist essentially shrugged on air and said, "it's how Canadians teach history: they leave out all the interesting characters".

My students never found Canadian history boring, but then the story of confederation is one of bribery, booze, and backstabbing when I tell it. And McKenzie King! Who could find King boring? How cool is it to find out that Canadian foreign policy was dictated by his dead mother (via a psychic)? "Conscription if necessary, but not necessarily conscription" is one of the great bafflegab statements of all time. And compare King's handling of the Bing scandal with say, Watergate. And what other world leader stole stones out of Buckingham palace for their private estates as King did with Kingsmere?

I'm telling you, Canadian history is engrossing if you actually know any of it.

Posted by Robert Runté at Thursday, September 05, 2013 No comments: