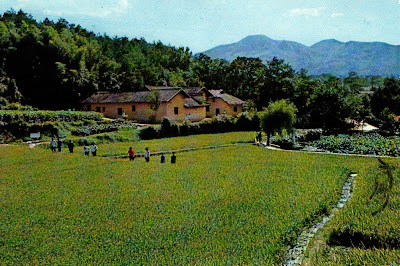 I am slowly working my way through the stacks of papers in the garage and crawl space, tossing out what is no longer relevant, scanning what can be saved digitally, and shrinking my files down to manageable size. Consequently, I'm coming across a lot of random memories, some of which I will begin posting here and on my blog. This is a postcard of Mao Zedong's childhood home which I mailed July 1978 to friend, the late Mike Hall, during my trip through China. Ours was one of the first tours allowed into China after the end of the Cultural Revolution, so an interesting time to be there. I've included the (inane) obverse to show the beautiful postage stamps. 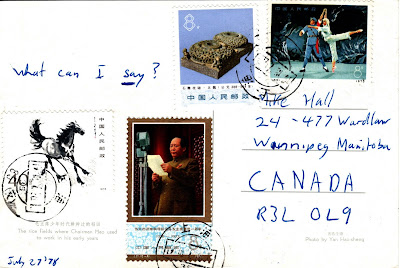 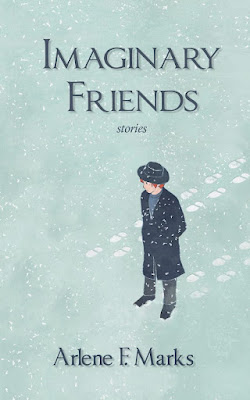 My review of Imaginary Friends by Arlene F. Marks is up at the Ottawa Review of Books. 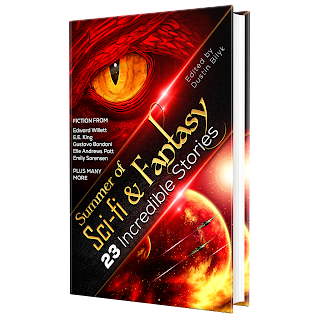 My short story, "Split Decision" is included in Dustin Bilyk's Summer of Sci-Fi and Fantasy collection, released June 1, 2022. This is still one of my favorite stories, published originally in Tesseracts #15: A Case of Quite Curious Tales. Pretty happy to see "Split Decision reach a new audience.

The story slightly pisses off my oldest, Tigana, because the story is clearly about her (and her friend) but because the story is first person, it never actually mentions her by name, just her friend. She wanted people to know that was her, because it was her trying to explain about an incident at her school (and being completely incoherent) that gave me the idea for the story.

I wrote a story about Kasia too, and made sure that time to use her name, but then my wife warned me NOT to show that one to Kasia, because she would likely not have cared to have people know. So...oops. That one is in a safely obscure venue, so I'm not worried anyone she knows will ever see it or make the connection.

I do have an urban fantasy series with both of them in, for which I have their approval, but the series so far is still focusing on the previous generation...I haven't sold stories with their names yet, trying to get them out in order.

All the other stories with recognizable names are just Tuckerizations, not about the person at all. When I'm writing and the need for the next name comes up, I just glance at my email list or stack of term papers, and grab whatever name is on top that day. Gives a nice more or less random, selection.