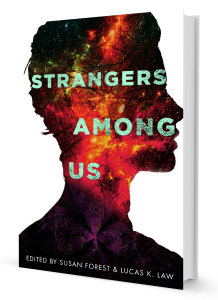 Happy to announce my story "Age of Miracles" is included in Strangers Among Us - Tales of the Underdogs and Outcasts, edited by Susan Forest and Lukas Law. The anthology "xplores the delicate balance between mental health and mental illness through short speculative fiction". Other authors include such big names as Lorina Stephens (my publisher/boss at Five Rivers!) Hayden Trenholm (author, and publisher at Bundoran Books), Gemma Files, A. M Dellamonica, Edward Willett, Suzanne Church, Ursula Pflug (to whom I've sold stories for both her anthologies), Sherry Peters, Derwin Mak, Erica Holt and a bunch of others with whom I am as yet unfamiliar...but looking forward to reading in this anthology. Looks to be a pretty fascinating reading! Introduction by Julie E. Czerneda

The anthology is also a fund raiser for the Canadian Mental Health Association.

I had a lot of fun writing my story for this anthology, and I immodestly think "Age of Miracles" one of my better stories so far. The anthology will be officially launched August 8, 2016 at When Words Collide Festival in Calgary (at which, coincidentally, I am Editor Guest. I'm told as Editor Guest I get to do a 15 minute reading, so will have to see if I can maybe read this one. Either that, or something that I am writing next August.) 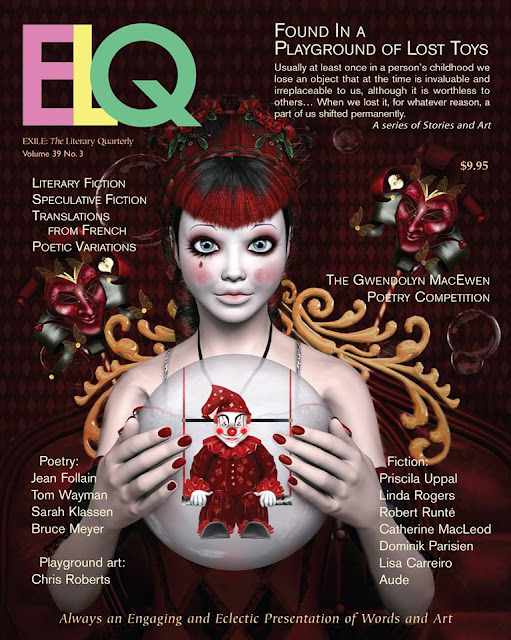 I was very pleased to have my story, "Hacker Chess" included in the original anthology, Playground of Lost Toys edited by Colleen Anderson and Ursula Plug (cover above) and then almost simultaneously, reprinted in Exile Literary Quarterly (cover below). The anthology is terrific, with stories by Candas Jane Dorsey, Linda DeMeulemeester, Claude Lalumière, Kate Story and Melissa Yuan-Innes and sixteen others. I haven't gotten my copy yet, but I heard Lalumiere, Story, and Yan-Innes read at a pre-launch party at he Conference on Canadian Content in Speculative Arts and Literature (Ottawa, Oct 31) and their stories blew me away. 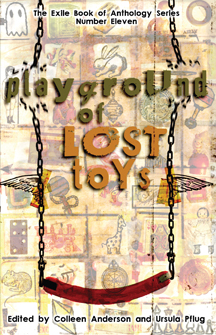 Posted by Robert Runté at Thursday, November 19, 2015 No comments:

I start my day with the comics, which come emailed to me via Go Comics: 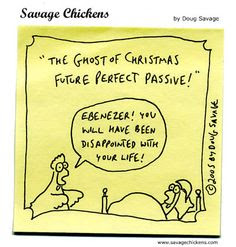 I love Savage Chickens the best--cartoons about work and life featuring chickens drawn on yellow sticky notes. I end up pinning about 50% of these for use in class, or just 'cause. So great. Highest 'hit' rate of any of them. Based in Vancouver. 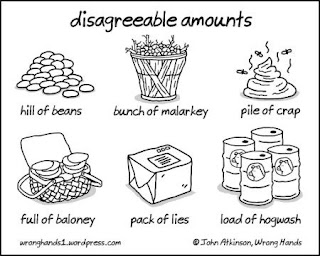 Wrong Hands is mostly word play, and frequently brilliant, he only posts when he thinks of something, so irregular. Great when he does. Based in Ottawa

Cul de Sac was a complete surprise, recommended to me by a stranger (which inspired me to do my own reviews here). It took a little while to get into it because individual strips are not necessarily that hilarious, but once you're following it, there is a cumulative effect so that I have come to love the characters. Kind of a modern Peanuts--but with more realistic kids and occasional appearance of actual adults. Highly recommended.

Stone Soup is pure soap, but I love it. Again, have to give it a little time to get caught up in the story and the characters, but charming and optimistic and humorous. Delightful.

Ballard Street, again, a very high hit rate in spite of being just totally eccentric: everyday starting points of neighbours who are not quite right, psychologically speaking.

Betty was a spinoff/revampng of a strip that started in the Edmonton Journal decades ago. Funny family strip with many daily insights.

Frazz is about a school janitor and his relationship to the kids and teachers in the school. Always pleasant, but I often find school-related content I can use in class.

Fox Trot, Pearls Before Swine, Calvin and Hobbs will already be familiar to everyone. The others are all singe-frame cartoons with various levels of nonsense.

Reading the comics gives me a minute to compose myself before standing up, since I usually read them on my phone email, directly after turning of the phone wake up alarm. Better thing to start with, much less depressing, than the "to do" list.

Email ThisBlogThis!Share to TwitterShare to FacebookShare to Pinterest
Labels: reviews 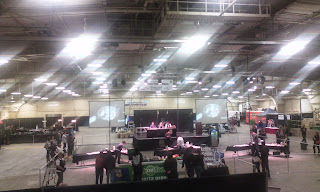