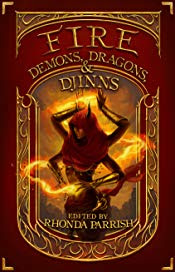 Rhonda Parrish has pulled together another worthwhile anthology, this one published by Tyche Books, featuring a stunning cover by Ashley Walters.

The standout story was Laura VanArendonk Baugh’s “The Second Great Fire”, which gives us a wonderful evocation of movie theatre projection rooms, WWII London, and the Blitz. It alone is worth the price of admission.

Entirely different in tone and approach is Chadwick Ginther’s “Midnight Man vs. Frankie Flame”, a sort of superhero story; and Dusty Thorne’s “Permanence”, an unassuming but entirely satisfying piece. And I confess to a soft spot for Krista Ball’s “Bait”, though I’m not sure how well it will work for someone not already familiar with her fabulous Dark Abyss series. (If you don’t already know the Dark Abyss series, stop reading this and go download The Demons We See immediately.)

I was mildly disappointed by Hal J Friesen’s “The Djinni and the Accountant”, as the premise led me to anticipate a laugh riot, when in fact the story has a quite serious point. It’s an excellent piece, just not the story I had expected, and therefore my judgment is entirely unfair. Similarly, “Light My Fire” by Susan MacGregor is an intelligently written and engaging story, but I tend to dislike fantasies that feature actual historical figures, a personal idiosyncrasy that readers of this review may safely disregard. The only story I actively disliked was “Cilantro” by Annie Neugebauer, which repulsed me partly because it is the category of horror that is supposed to be repulsive, and partly because it reminded me of a Dean R. Koontz Ace Double from my youth, of which no more need be said. In other words, none of my negative comments have any relevance to other readers, who will likely enjoy each of these stories

In between were fifteen other strong stories, covering a wide range of styles and themes. Parrish provides a nicely balanced package with something for everyone, a fascinating cross-section that provides a glimpse of where the genre stands in 2018.

Report on When Words Collide 2018

Back from When Words Collide writers' conference in Calgary. Always my favorite convention, this year's was the best one yet for me. Usually, I do too many panels and end up not being able to socialize or take in other people's presentations, but cut back by 50% this year, not having to do anything for the publisher I used to work with. So concentrated on meeting friends, listening to other panels, and thinking about my own fiction and editing.

Thursday night was the Fish Creek Library readings by the Guest of Honours, all of which were engaging. I actually already had one of the books featured but had never gotten around to reading it because the cover/blurb had turned me off, but hearing the excerpt read, I'll have to dig that out and give it a go--much more interesting than I would have thought.

The Guest of Honour speeches on the Saturday were excellent, starting with Arthur Slade's amusing account of his use of a treadmill desk to write, and ending with the single most moving speech I have ever heard at any convention in over 40 years of conference-going. Harold Johnson talked about the problems for indigenous within the criminal justice system, the subject of his upcoming book, and received the only standing ovation I can remember seeing at a writers convention. I approached conference organizer, Randy McCharles, immediately after to say what a brilliant choice Harold Johnson had been for the convention and found Randy in tears over the speech. As a sociologist, I was astounded at Harold Johnson's analysis, which was blindingly obvious once he had laid it out, but which had never occurred to me before--indeed, doesn't seem to have occurred to the public. Thank god we have the likes of Harold Johnson to articulate the issue with such clarity and to lobby for change through his book. No one expected such a hard-hitting moment at a writing conference, but it will likely remain the most memorable talk ever at what has always been a brilliant conference.

Speaking of conferences, I was very pleased by the positive reaction to our announcement of WordBridge, the Writers Conference we're planning for Lethbridge and area. We wore and distributed buttons at WWC and a lot more Calgary authors expressed interest in attending than I ever thought would be, and all the folks at WWC from Lethbridge were ecstatic. We are starting with a modest one-day event on Feb 9, 2019. 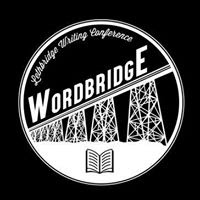 On the fiction front: I sat next to a NY agent at supper Thursday night before the readings, as he gave me the depressing run-down on how few books he could actually sell in a year: 8-10, though those were often 2-book deals so more than that sounds. But out of 1,800 submissions, that's pretty high odds against. Started to think of self-publishing... But then, on Saturday a major Canadian literary agent expressed interest in my novel, having read the submission package of the first two chapters and synopsis. He basically gave me until March to edit the whole over-sized manuscript (166,000 words) into a presentable (closer to 100,000 words) package. Then, the best editor in Canada--who theoretically isn't taking on new clients--agreed to take my novel on in November, so I can have it ready for the agent by March. And as I was about to leave the convention, one of my beta readers came up to visit with me and said, "Oh, by the way, I forgot to mention X about your book. You need to do X and Y." And my brain exploded because that was exactly the insight I needed at this precise moment as I start editing my current draft. I have great beta readers, all but one of them being authors themselves. I have a good feeling about this! 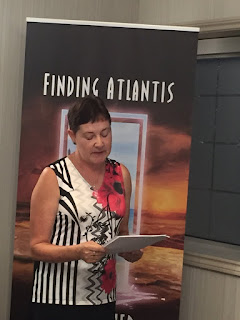 Went to Evil Alter Ego Press book launch of Finding Atlantis Friday night, then hung out with the authors and publisher for the rest of the evening, and part of Saturday, talking business plans and the possibility of their taking my book somewhere down the line if the above big time avenue doesn't work out. But made the 'mistake' of introducing one of the EssentialEdits.ca staffers to the publisher as someone who he should look at, and she promptly snagged (at least tentatively) the next spot in their publishing schedule. I love successful networking!

Went to another book launch: Rhonda Parrish's "Fire: Demons, Dragons, and Djinns". The readings were consistently excellent teasers, and I bought the book at once. Had to miss Krista Ball's 20th book launch for my own panel, but already had the book through pre-order, so good there.

On the editing front: I sat on several editing panels, including editor/writer speed mingle --speed dating for clients looking for editors. At one editing panel, when the moderator asked for questions or comments from the audience, Dave Duncan spontaneously stood up and gave me a rave testimonial! I was not expecting that, so that was a bit of a morale boost! And then, as a result of Duncan's comments, another of the editors on that panel approached me later about joining EssentialEdits.ca. Since I intend to focus on getting my novel in shape by March, I might actually need a new staffer to take some of the SF editing off my hands for a while...

I approached a publisher with a proposal for an anthology. . . and it wasn't rejected out of hand. I'll hear back in Sept about whether that's a go or not. I had started from the assumption another editorial team had already been assigned that slot, so 'maybe' still sounded pretty good to me.

So, all things considered, an excellent convention for me.

Posted by Robert Runté at Thursday, August 16, 2018 No comments: