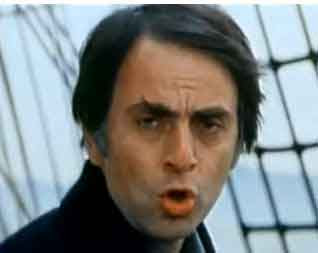 http://www.youtube.com/watch?v=zSgiXGELjbc
Posted by Robert Runté at Wednesday, October 07, 2009 No comments:

I attended the Pure Speculation conference in Edmonton on the weekend and was pleasantly surprised by how much it has grown. I was especially pleased with the Friday evening entertainment at Happy Harbour, which included an excellent performance by author GoH and professional singer Edward Willett, and a fascinating talk by Rick Green on Prisoner of Gravity series. 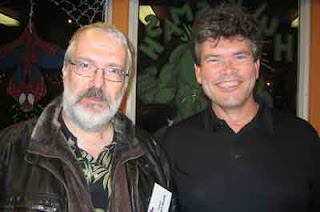 me with author/singer Edward Willett. He's only two years younger than I; so why does he still have hair and look so fit? And that voice! The man definitely has stage presence. (Photo by author Barb Baller-Smith, whose book Druids was released at the convention.) 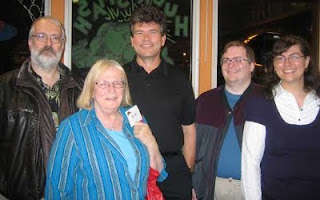 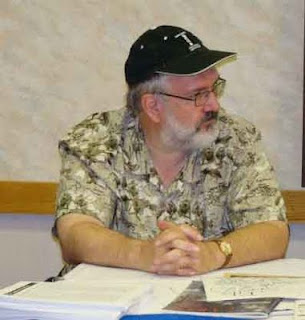 Awaiting my turn to speak on one of the panels. (Photo by Ron Sannachan)

Posted by Robert Runté at Wednesday, October 07, 2009 No comments: