I am frustrated trying to make the necessary cuts to my novel. I have to cut about 30% of what I pantsered out, not just because the novel is way too long, but because the pacing's off.

I think I have pretty good tension in the first 70 pages or so (wherein I blow up the world our hero's on) but then it dissipates in pages and pages of talking. I have the Colleen Anderson quote "Characters talking about doing things is not the same as characters doing things" posted over my workstation, but the book is kind of about how the hero keeps jumping to the wrong conclusions, so he spends a lot of time explaining his wrong theories. This may not have been the best premise for an action adventure novel.

Listening to Jonas Saul's presentations on pacing at this year's When Words Collide re-motivated me to go back in to tackle those problems. I know I have to keep things moving, which means losing everything that isn't action. But every time I try to take out a chunk, it means losing one of the subthemes (which are kind of the point of the book), or I'm chopping one of the key characters (the love interest?!), or the logic of the underlying mystery gets lost. Something has to go, but every time I tug on any particular string, the whole thing unravels.

That's the problem with being a panster: every line flows logically from the one before and leads logically to the next line. The story develops though each of those moments as lived by the character. Now, as I go back to try to impose some structure, cutting out scenes doesn't just mean killing my darlings, it means interrupting that flow and therefore the logic of hero's actions/ reactions/ motivations.

I have no problem editing other people's books but it's impossible to edit my own. I'm okay chopping out scenes I loved writing (especially when one of my beta readers said this scene was NOT funny and this other one was so boring she contemplated killing herself rather than read to the end of it--more motivational feedback than the more tactful and therefore vague comment of "the elevator scene drags a bit" from other beta readers :-) ) but it's hard to see how the pieces can fit back together when you've ripped out random pieces from the puzzle.

It's like...having to rewrite the whole thing. Almost from scratch. But that would be, you know, work. Like a lot of work! Really, it's HARD....

*Sigh* As an editor, it drives me crazy when I have clients who are one draft away from being publishable but don't do what I tell them because it's too much work or wouldn't be as fun as starting a new book. I have no problem bossing other people, but apparently, I am not the boss of me.

[I have managed to stop myself from starting any of the other twelve novels in my head until I finish this one--but there's a reason I've been pumping out so many short stories and flash lately...]

It's tempting to send this off to an editor to get them to do it for me, but I know (thanks to my beta readers) it's still too rough. It has to be at least polished enough for the editor to see what I'm trying to do. And...I just have to stop being lazy if I'm serious about getting this out there. So, I just have to put my nose to the grindstone. As soon as I finish this post.

The Elixir of Life

I enjoy CBC's Grown-ups Read What They Wrote As Kids,  so in the same spirit, here is my major creative writing assignment from Grade 6*. 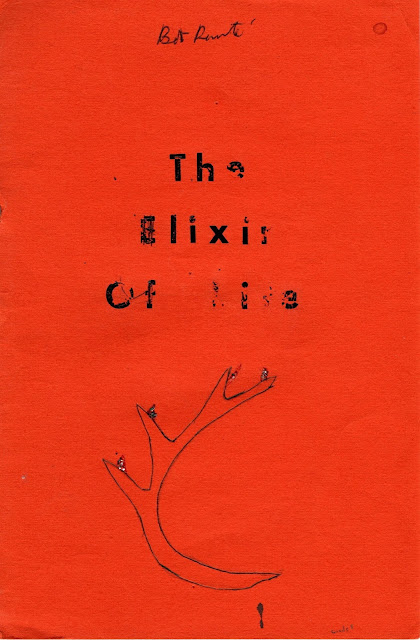 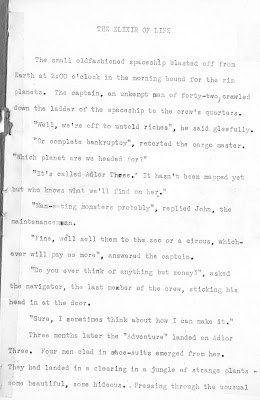 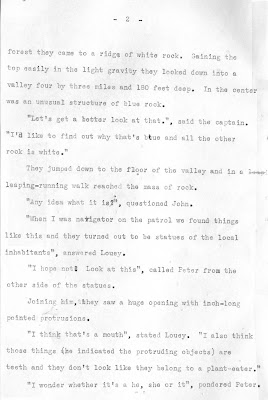 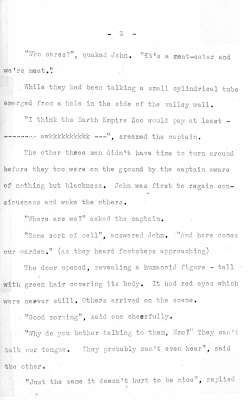 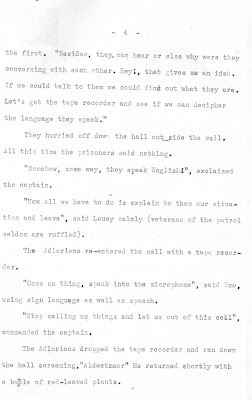 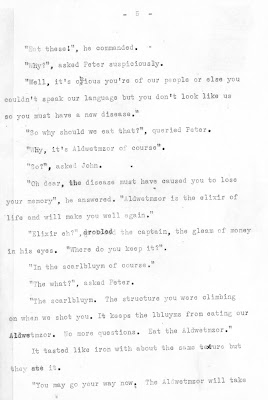 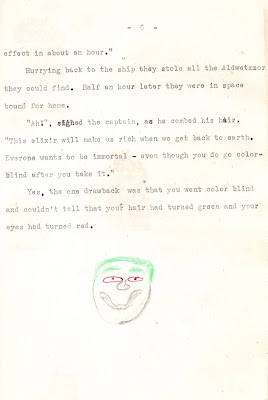 Clearly, a budding genius even then.

I'd kept it all these years partly because I was raised by a hoarder who taught me one must never throw anything of that sort out; and partly because I was aware that I would someday become a teacher and would need to calibrate my expectations for students by comparing their work with mine at a similar age, as opposed to against the great masters of literature, which seemed to me at the time to be the bar. I didn't become a Grade 6 teacher, but I did have daughters, both of whom were greatly relieved that no matter how bad their own Grade 6 writing, they were considerably better than their dad. My also kept all my university papers, and looking back at those periodically has kept me humble and a better marker. "These kids today don't know anything!" is a common refrain, but people forget how they didn't know much as an undergrad either--kind of the point of going to university, really.

I also clearly remember being concerned my teacher would think I had plagarized from Marion Zimmer Bradley's The Colors of Space which I had read as I start outlining for the assignment and by which I was greatly inspired. I had only discovered Science Fiction half-way through Grade 6, and Bradley's was perhaps the second or third book of that sort that I had read, so my limited familiarity with the field meant that I thought I was copying by having, you know, spaceships. In retrospect, I'm fairly certain anyone would be hard-pressed to find any parallel between the two works. href="https://1.bp.blogspot.com/-7LUMSXu2S7o/X0W1W3itgfI/AAAAAAAAMJY/mFZftlsf9O04aQbc4iu_gsPZrevWAdz4gCLcBGAsYHQ/s499/51Dk2kOQ3JL._SX300_BO1%252C204%252C203%252C200_.jpg" style="display: block; padding: 1em 0; text-align: none;"> 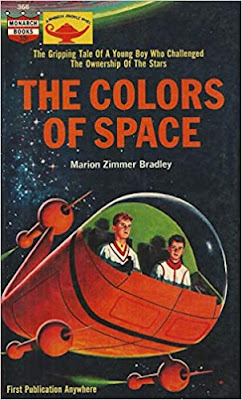 Yet another Canadian speculative fiction press has closed. Bundoran Press has been around a long time. The current owners took over from Virginia O'Dine in 2013. Under authors Hayden Trenholm, Elizabeth Westbrook-Trenholm and Mike Rimar, the company published 4 anthologies and 20 novels, racking up awards and nominations. I am very sorry to see it go, but again, appreciate that the owners wrapped the business up in an orderly and professional fashion, rather than push on until they collapsed from exhaustion or etc. A great press that did great things for Canadian SF.
Posted by Robert Runté at Wednesday, August 19, 2020 No comments: