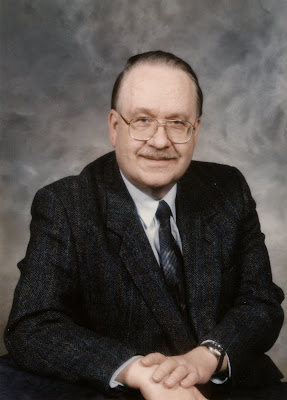 I'm still reeling from the death of my brother, Douglas. I had tried phoning him Thursday evening, and when I was sent immediately to voice mail, thought he must be on the phone to our other brother. But when I still hadn't heard from him Friday I started to worry, but assumed there was some innocent explanation. He often took awhile to respond to phone messages because he often went days without using the phone and therefore without hearing that he had messages waiting. But when I still hadn't heard Saturday, I called the nursing home where my mother is and asked if he was there -- he fed mother supper every evening without fail. When he wasn't there and hadn't called to say he was away sick, I phoned his building and had the caretaker break into his suite. She found him dead.

This weekend was Tigana's 10th birthday, so we had taken her out of town to Kananaskis for the weekend to celebrate. We decided not to tell her until after the weekend, not only so as not to ruin her birthday, but so she wouldn't be reminded every birthday from here on in. And Tigana is going to take this very hard because she is still coping with the loss of her Grandfather whom we buried less than two weeks ago. But this meant I had to hold it together for her sake, and this actually seems to have been helpful for me. And I dragged Kasia around with me more than usual because she is so full of life at age 4 that it sort of offsets the shadow of death...and she has been quoting some of the books we read her and things we've said to her to help her deal with the loss of her grandfather, so hearing them back has also helped me.

Being away from home complicated coordinating necessary arrangements, since I didn't have access to my phone lists to tell people who needed to know, or even a home phone to use. We got back to Lethbridge this evening. Tomorrow I fly to Edmonton to make funeral arrangements, arrange for the continuing care of my mom (99 next week) and otherwise take charge of things. I am fully expecting to lose it when I am alone in Mom's place (where I'll stay) or when I am going through Doug's place looking for papers addressing his wishes etc. but in some ways that will be easier than trying to help my kids with this -- a very tough job I have had to dump entirely on Mary, who will tell the kids about Doug Tuesday or Wednesday.

The only good news out of this is that the Medical Examiner assured me that Doug had likely not suffered. He had a heart attack and would likely have lost consciousness before he hit the floor. He had complained to my other brother of flu a few days before so we're now wondering if those flu-like symptoms were in fact already signs of heart failure, and the act of lifting the Oxford English Dictionary (which he was holding when they found him) was the final effort that triggered the end. If so, it would have been and oddly fitting ending for my brother, for whom books meant so much.

Email ThisBlogThis!Share to TwitterShare to FacebookShare to Pinterest
Labels: family